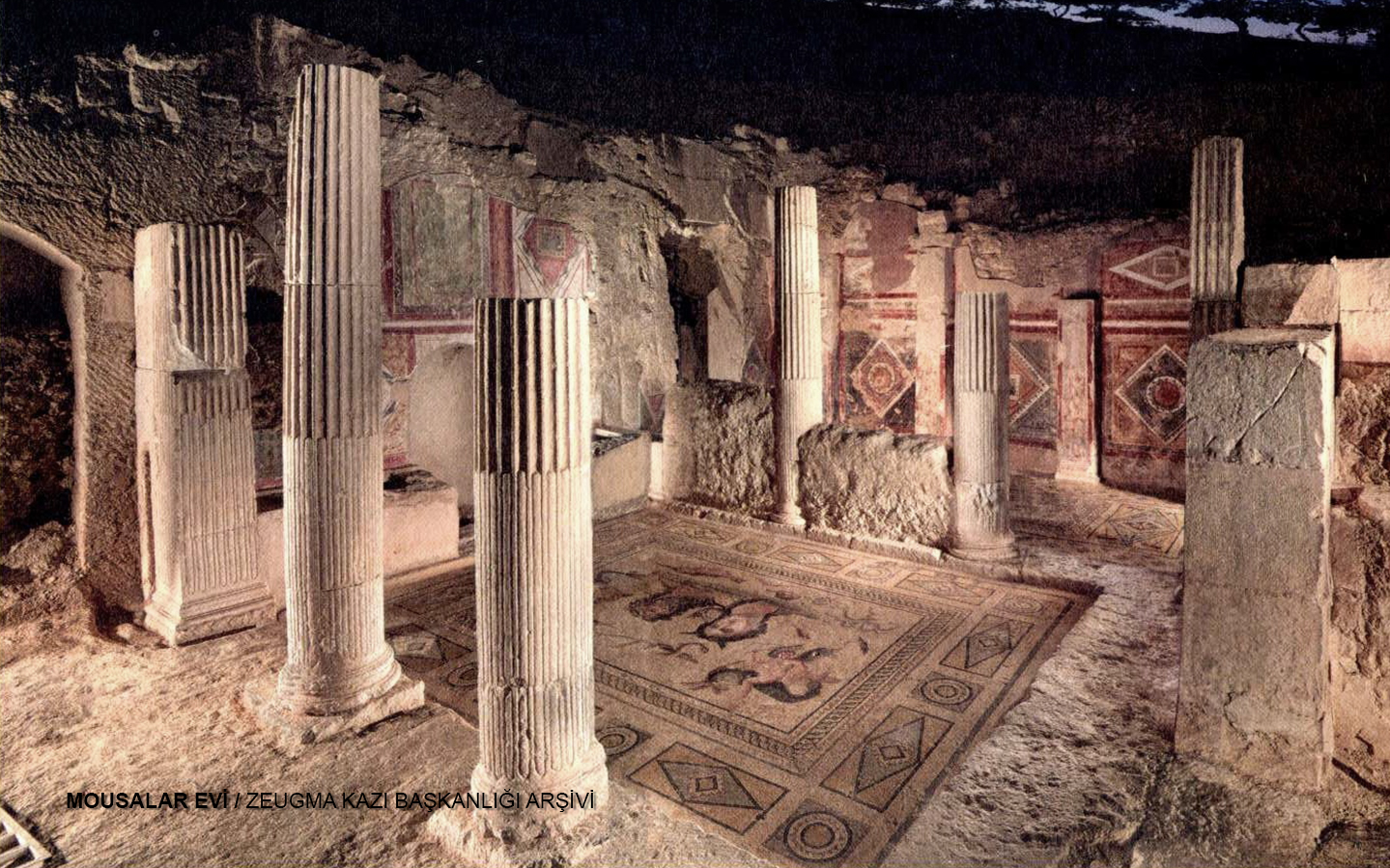 After the Zeugma archaeological rescue excavations were completed, in 2005 long-term excavations were started by Ankara University. At the beginning of Zeugma Archaeological Project, it was envisaged that the trench containing the Danae and Dionysus Villas, which were previously unearthed during the archaeological rescue excavations, would be opened to visitors by preserving the mosaics in situ with a protective structure. While the protective shelter project, which is the first on-site exhibition work in the area, was progressing, excavation has been started in the Muses House Trench in 2007, in the area 500 meters southeast of the trench where the Danae and Dionysus Villas are located. Many floor mosaics, wall frescoes and stuccoes were unearthed in good condition in the spaces inside the House of Muses. The boundaries of the house, together with its outer walls, can be read quite holistically. The scientific research excavation of the trench is largely completed. Today, the borders of the House of Muses can be easily observed, as the remains of the stone block walls surrounding it are largely intact. The entrance façade of the building faces the Euphrates River, while the south façade leans against the slope behind it. It is 30 meters long and 12 meters wide, with two rock chambers carved into the slope on which it leans in the south. The building takes its name from the Muses mosaic on the floor of the Andron (dining room) at the entrance. There are 11 sections in the House of the Muses. In four of the spaces invaluable mosaics with mythological scenes, motifs, frescoes and stuccos on the walls were unearthed.

In 2021, the Zeugma Excavation Project, initiated the process for the House of Muses to be preserved and opened to visitors with a permanent preservation structure.

The main purpose of the protective structure is to protect and present the House of Muses which is a part of the unique cultural heritage unearthed by the Zeugma Archaeological Project. With the House of Muses protective shelter, the remains of the building that emerged as a result of the excavations will be preserved from external weather conditions, exhibited for site visitors, and a suitable working environment will be provided for the conservation work to be carried out in the building later on.