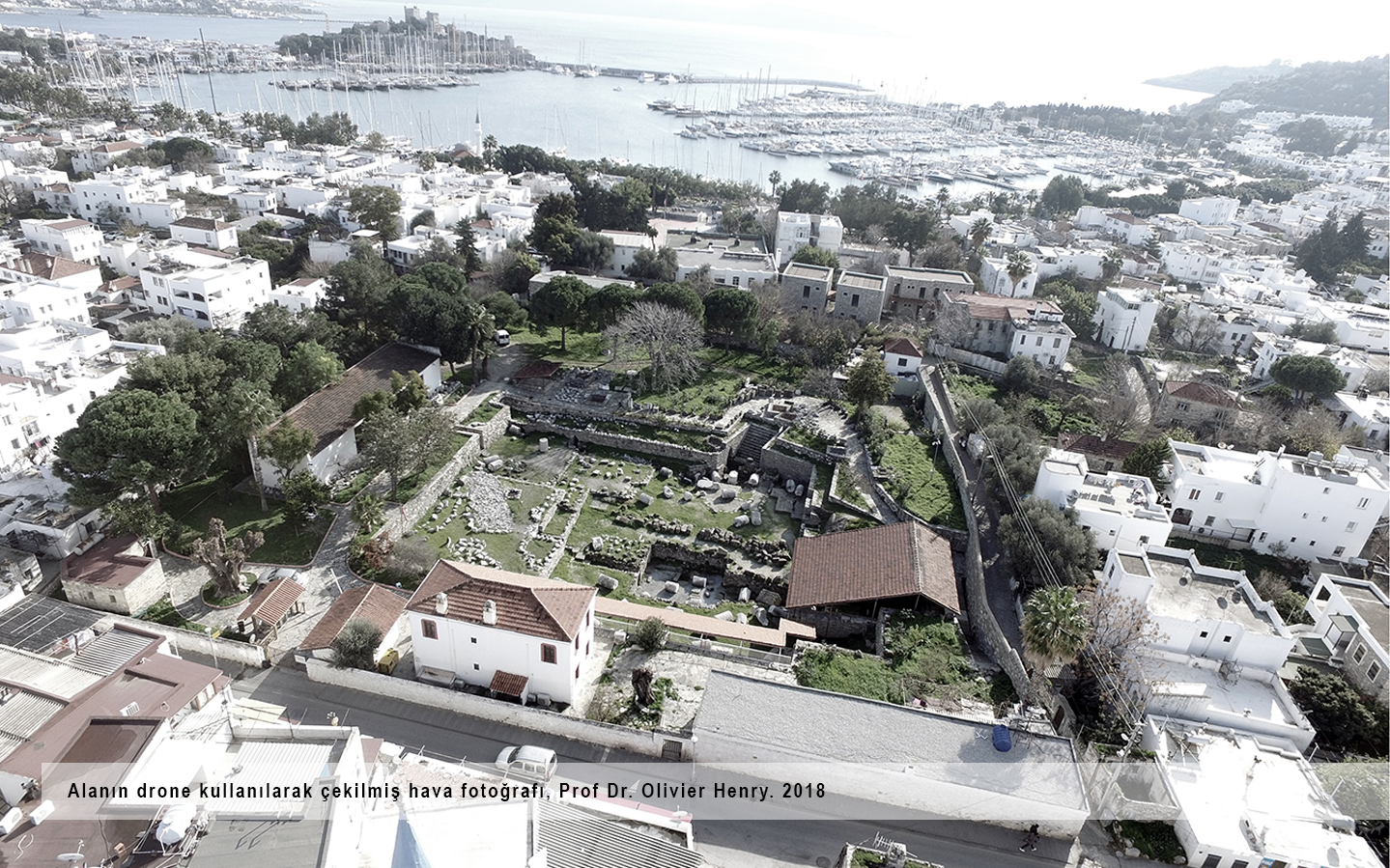 The main purpose of the project is to ensure that the site and the mausoleum monument are better perceived by the visitor, as well as the archaeological finds are also exhibited by taking appropriate protection measures. The mausoleum forms a focal point in the city with a landscaping that does not consist only of the main building in antiquity, but consists of elements with wide openings such as platforms, large terrace-garden (temenos), terrace wall (peribolos wall) and entrance structure (propylon). The newly prepared conservation landscaping project is designed to perceive these elements (without suggesting reconstruction) by the visitors with simple interventions. The absence of the main structure of the mausoleum: the void (the foundation pit in its place today) has been preserved and made visible as a part of the history of the mausoleum and an important finding. For the few finds that need to be preserved indoors, a wooden structured exhibition hall with light dismantable foundations is proposed. In the entrance area outside the temenos wall, a lightweight wooden entrance structure was proposed, where service units for visitors were set up.

In addition to these, all the maximalist suggestions that were brought to the agenda from time to time in Bodrum, such as a reconstruction that would emphasize the grandeur of the mausoleum structure or to uncover the entire large terrace (temenos) by excavating, were avoided. Instead, the area where excavations continued since Newton was considered sufficient as a gap opening from today’s Bodrum to the ancient Halicarnassus, and the focus was on preserving and properly displaying the findings in the area. The small stone structures remaining from the Bodrum settlement texture, which are still in the archaeological site, were also re-functionalized and preserved.

All the proposed structures and landscaping interventions in the site are planned in accordance with national and international legislation for archaeological sites, without damaging the original findings on site and in a dismountable manner. Shallow foundations that do not require deep excavation are considered for structures to be built in the archaeological site. The project was studied in accordance with the sensitivity of the first degree archaeological site. In particular, “Venice Statute-1964”, regulations of the Ministry of Culture and Tourism, such as “Directive Regarding the Procedures and Principles to be Followed in Archaeological Excavations and Landscaping, Restoration and Conservation Projects and Applications”, “Archaeological Sites, Protection and Use Conditions” and “Creating Spaces for the Protection and Exhibition of Cultural and Natural Assets in 1st and 2nd Degree Archaeological Sites” were complied with. In the project, instead of irreversible techniques such as reconstruction for the perception of visitors regarding the main structure and important sculptures and ornaments of the mausoleum that cannot be seen today, techniques that will not harm the archaeological area such as animation videos, models and augmented reality applications are suggested.